The Reform Party prides itself on sticking to a set of core principles throughout its existence, with regard to fiscal accountability.

The tax bills which have recently passed the US House and Senate violate all of these core principles, and regardless of your ideology and party affiliation, should be recognized as bad for most of America.

Some of what the current bill does includes:

Also note that the corporate tax cuts are permanent, while the individual tax cuts expire in 10 years and would have to be renewed.

Why do we say that this bill is bad for America?

So who are the winners and losers here?

The Wealthy and Middle Class Taxpayers in States with Low Local Taxes. The wealthiest earners in the US are going to see several percentage point increase in after-tax income due to this bill. The middle class will see about a 1% increase in after-tax income. ON AVERAGE. In states where local and state taxes are already low, and they weren’t taking itemized deductions anyway, middle class taxpayers will see a significantly larger tax decrease. But in states with higher state and local taxes, it could be a wash or even a tax increase for them.

Large Tax Firms. Because of the speed at which it was pushed through, the lack of thorough review and clear language will be an absolute boom for tax and accounting firms that handle large corporate and wealthy tax accounts. There are going to be huge loopholes.

Property Landlords. They are able to depreciate the value of the property over shorter timespans and can continue to deduct their mortgage interest.

The Middle Class Taxpayers in States with Moderate and High Local Taxes.  The middle class in states with moderate state and local taxes that used to itemize because of it will probably see very little benefit from this tax bill on their net income. Even worse, the 20% of American middle-class taxpayers in areas with higher local and state taxes will see their net taxes INCREASE and take-home pay decrease.

Some Real Estate Owners and Sellers. Many of the deductions you got when owning or selling a house have been reduced or limited, including deducting home equity loan interest.

Individual-Filing Tax Firms. Because of the higher standard deductible and removal of a ton of tax exceptions, small tax firms that mostly do households are going to find a much larger percentage of people just taking the standard deduction, regardless of whether the households are paying lower or higher taxes as a result.

The Proper Functioning of the Legislative Process. Like the Affordable Care Act, this bill was crammed through using procedural shortcuts and without due diligence. It’s crammed full of special-interest and lobbyist gifts as a result, because there wasn’t time for outrage to impact the votes of our representatives.

The future Congress and President. These guys have been handed a time-bomb with a 10-year fuse. The individual tax cuts expire in 10 years, but the corporate tax cuts are permanent. That puts a future Congress and President in very bad position, and who knows what kind of lunatics we will have in Congress in 10 years, which will require another Congress, made up of who knows what kind of lunatics, to decide what to do with it.

America’s Economic Viability and Stability. This bill, despite the protestations of its supporters, will have significant negative consequences for the nation as a whole. It will further exacerbate our federal debt. This merely “kicks the can further” and could cause even further economic damage. 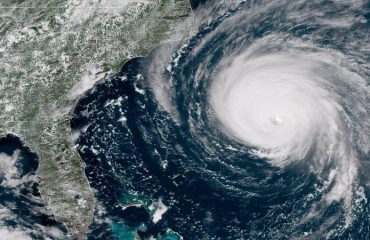 St Patrick’s Day, More to Celebrate than Just Being Irish