Below are the profiles for the candidates who sought the Reform Party nomination for President. Each candidate was formally nominated by Delegates of the Reform Party. We asked that Delegates review each profile before the Convention vote, which took place on Saturday, June 20, 2020.

Rep. Max Abramson is a two term New Hampshire state legislator who has been working on criminal justice reform, drug policy, and small business issues. He has also been elected and re-elected to Budget Committee and Planning Board.

A graduate of Auburn High School in Auburn, Washington, he worked as a merchant mariner and shipped out of Seattle, San Francisco, Los Angeles, and Honolulu. 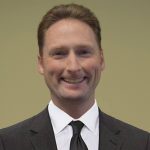 Souraya Faas was born on December 19, 1981 in New York City to a middle-class Armenian Catholic family from Aleppo, Syria. Throughout her life Souraya learned the value of hard work, sacrifice & dedication having watched her parents work together hand in hand till they became the successful business owners that they are today.

Souraya received a Bachelor Degree in Political Science from Florida International University: minored in International Relations & Certified in European Studies in 2001. She later continued her education and received a Graduate Certification in Regional Studies with specialization in Latin American Comparative Politics in 2003, and another Certification in Asian Studies specializing in Middle East in 2005. She also received a Master’s degree in Political Science and Sociology in 2006.

Souraya has been an educator for 20 years. She also has been a political commentator on foreign policy. She is fluent in English, Spanish and Arabic. 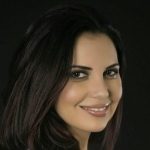 Roque “Rocky” De La Fuente is living proof that the American Dream can be achieved by those who are inspired to pursue it. Rocky was born in 1954 in San Diego, California. He lived much of his early life between Mexico and the United States, which taught him to appreciate cultural differences.

Mr. de la Fuente graduated with a B.S. in physics and mathematics from the Instituto Patria National Autonomous University of Mexico. He also studied accounting and business administration at Anahuac University near Mexico City.

On January 29, 2016, Roque “Rocky” De La Fuente received the title of Doctor Honoris Causa from UNESCO, the Institute of Advanced Studies Foundation Le Franc and CONALMEX, for being an outstanding international business ambassador with a phenomenal track record.

Over his life, Rocky has developed assisted living facilities in Los Angeles (San Pedro) and Lemon Grove, California, to care for seniors who are in need. He is well-known for his generous support of charities and military veterans organizations through our Nation. 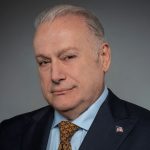 J. Ben Zion, Founder and Chair of the Arizona Transhumanist Party, is also an Independent Party Presidential Candidate in the 2020 election.

His campaign slogan is “A Reform Candidate for the 21st Century.”

Ben Zion is a career educator, policy analyst, STEM curriculum developer, business trainer as well as a biotech entrepreneur focused on developing boutique products in the field of microbial biosynthesis.

He created the “Futurist New Deal For America” which includes a platform on healthy longevity- “Medicare For All+” promotes free Wi-Fi for all as well as greatly enhanced e-government technologies “I-Vote USA,” banning fossil fuel imports, and a variety of other groundbreaking initiatives including a basic income program, “The Middle Class Freedom Dividend.”