Bring Justice Back to the Law

The Reform Party will enact sweeping changes to policing policies, the national court systems, the penal system, and community-based programs to bring justice back to the law, instead of favoring those in positions of power or the criminal element.

The Reform Party strongly supports change within law enforcement, the court system, and the incarceration process.  These institutions must become impartial and fair to those suspected of a crime, victims of crime and the convicted.  Police have the right to be safe while performing their duties, and still be required to recognize the rights and dignity of those they serve.   This will make for stronger communities that live in peace rather than fear and distrust.

A second area of abuse surrounds both plea agreements and minimum sentencing. Attorneys for the state must not rely so heavily upon plea deals that crimes are written off for expediency or a win/loss record. Judges should be allowed to use their discretion when sentencing rather than being forced to apply mandatory sentencing. Both of these have a history of affecting the poor and disenfranchised more than those of means.

Finally, the nation's prisons must not be a place for society to hide those who could be rehabilitated, those with addiction issues, and the mentally ill. America needs to invest in addiction treatment, long term mental health facilities, and functional rehabilitation programs. We need a system that removes dangerous criminals from society, provides opportunities for rehabilitation, and locks the revolving door of recidivism. Offer those convicted of non-violent crimes job training while incarcerated and job opportunities once released so they have options for survival besides crimes. 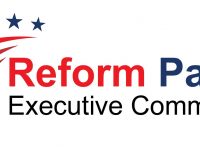