The Reform Party as a national organization believes that social issues or values issues: i.e. abortion, gay marriage, and end of life decisions; should not be our focus as a party. These issues are too embroiled on personal morality and religious beliefs, and no party can claim to have the absolute moral authority to force its views and values on everyone else. Reform Party members and candidates may believe one way or another and the party leaves that choice to the individual.

As a party, our focus will always be on issues such as the economy, government fiscal accountability, trade, national security, and jobs. As an organization, we expect our state parties, and our candidates, to make the party’s positions on platform issues their primary focus while such social issues remain as an incidental portion of candidacy.

The Reform Party does not, and will not, have stances on Social or Values Issues in our National Platform.

15 May 2022 By NHensley in Uncategorized

The Reform Party has been able to reorganize and get these committees functional, however the committees are not fully staffed. 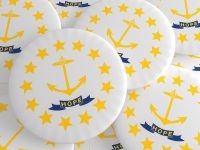 Reform Party member, Tony Jones, is running for election to the Narragansett School Committee in Rhode Island. We had a chance to ask Tony some questions about his candidacy to help build a profile for voters. 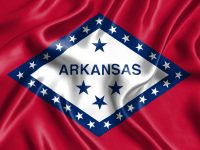 Amelia May Johnson is running for Justice of the Peace, District 8, in Clark County, Arkansas. She is running to represent the silent majority who refuse to register with a political party. Although 92% of registered voters in Clark County are unaffiliated, Johnson is the only independent candidate. Endorsed by the Reform Party, Amelia May Johnson is deeply committed to uniting a broad coalition around fiscal responsibility, electoral reform, and constitutional rights.
View All Posts