[Dallas, TX] — The Reform Party, America’s leading citizen-driven party for enacting political reform and modern solutions to our nation’s most pressing needs, has announced that Roque “Rocky” De La Fuente has been nominated to be its candidate for President of the United States.

“For over twenty years, the Reform Party has been a party for change with a focus on solutions over ideology,” said newly elected Reform Party Chairman, Nicholas Hensley. “Rocky has spent his life building businesses, helping communities in the US and Mexico, and solving problems. This country needs a change-agent who can bring people together, not divide us. Rocky de la Fuente is exactly the kind of person who can appeal to a majority of American voters who are tired of the failures and divisive rhetoric from the Democratic and Republican parties.”

“We need to bring people together and build a government that puts people first, so we can fight the COVID-19 pandemic and restore our economy,” said de la Fuente. “I have worked all my life to solving problems and working with people from diverse backgrounds. I can fill the void in leadership we have today with my extensive experience, sound decision-making and compassion.”

The Reform Party, founded in 1995 by H. Ross Perot, built its mission around the need for government to be accountable and serve the people, not special interest groups and big corporations. The Party has continued to fight for ethics in government, election and voting reform to ensure all voices are heard, and for an American economy that generates opportunities and wealth for all.

“Today, we have over 40 million Americans who are now unemployed and a nation facing growing coronavirus infections and tragic deaths,” added de la Fuente. “However, our government is not putting the people first or bringing us together to solve these problems.”

Inspirational leadership is what drove many in the Reform Party to select Rocky de la Fuente.

“One of the facts that inspired so many Reform Party voters is that Rocky de la Fuente is a reminder that the American dream is real,” noted Hensley. “As a son of immigrants who taught Rocky the value of hard work, integrity and giving back to one’s community, Rocky has not rested on his business success. He helps seniors with care and housing and provides resources to veteran organizations and immigrants. He gets things done and is the kind of compassionate voice America needs.”

Joining Rocky de la Fuente as his candidate for Vice President is Darcy Richardson. Richardson, 65, is an American author, historian and political activist who has been a member of the Reform Party for many years. He was the Reform Party of Florida’s nominee for governor in 2018. In the 2020, Mr. Richardson launched a presidential campaign before deciding to serve as Mr. de la Fuente’s running mate.

ABOUT THE REFORM PARTY

The Reform Party was founded in 1995 by H. Ross Perot and has been the leading populist political party in the United States focused on finding the best solutions to our nation’s challenges.

The Reform Party consists of voters who are disillusioned with the state of politics in the United States and want an end to the corruption and power of special interest groups over the country. 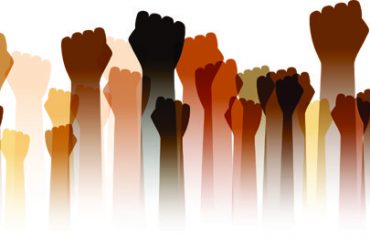