The Reform Party is its own party, and does not actively support the Democrats or the Republicans. It runs its own candidates, and opposes officeholders from both parties including President Trump.

We would however like to state that it was possible for the Democrats to win in South Carolina District 5 and Georgia District 6 tonight, but the Democratic Party is running a ancient machine that hasn’t been tuned up since the 1960s. It works to appeal to a limited number of voting blocs, and does not appeal to mainstream voters. The Democrats have left economic and rural issues behind, and built its platform on a narrow range of social issues. In doing so, it left behind the working class people that built its base from the Great Depression until the Obama Administration.

For any political party, the Reform Party included, to be successful, it has to remember about the workers, small business owners and family farmers that built this country. These people may not have the most money, but they creating most important voting blocs in this nation. These groups of people feed us, they produce all of our goods, and are the largest gears in America’s economy. These are also the groups of people whose children serve in our military, and defend our nation. These are the people that the government must serve.

But just because the Democrats are wrong, doesn’t make the Republicans right. The Republicans won the night, not because they had the best answers, but because they did a slightly better job gerrymandering those districts. They are wrong because there is no need to make America Great Again. America is already great. America never stopped being great. American is great because for almost 250 years, the American people have stood strong. We are strong have preserved and adapted through economic hardship, social strife and war, and our nation still stands proud.

It is time to adapt again. Right now the United States has been in the longest military conflict in its history. Overseas the American military was deployed to the Middle East nearly 20 years ago, and has not come home. We face threats from North Korea and Iran. The Russian bear is once against applying pressure up on us. Domestically we have a 20 trillion dollar debt that is growing by the day, and our economy has not fully recovered from the Great Recession.

America needs to adapt by replacing what is broken, and that is the two party system. The Republicans and Democrats created these problems, and have become archaic and out of touch. In 2018, the Reform Party hopes that America will adapt, and open itself to modern political parties that offer honest leadership and real solutions. We hope that America will see the Reform Party as a solution to its problems. 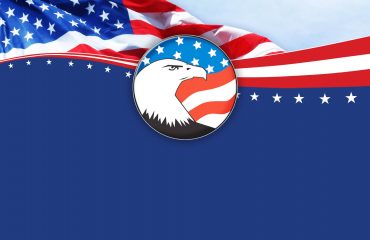