Platform of the Reform Party

The Reform Party is citizen-driven and committed to reforming government

Vision Statement
We, the members of the Reform Party of the United States of America, devote ourselves to supporting fiscally and ethically responsible principles to ensure the voice of the people is the only guiding voice of the country.

Mission Statement
The Reform Party of the United States of America will bring the will of the people and a voice of reason back to governance, and repair the long-term damage inflicted on our election processes, economy, world image, and fellow citizens’ daily lives over the past several generations.

The following statements summarize our Platform stances on core issues.  For more information, click to view Our Solutions.

The Reform Party will change the election and lawmaking policies and processes in such a way that it gives the voter direct access to those running for and elected to office.

The Reform Party will create an amendment requiring: single subject bills, bills and addenda considered on the merits within only, and a periodic review of past laws made under the microscope of value to the citizenry and its constitutionality.

The Reform Party will create policies so that more program control and community level work is addressed at the state, county, and city levels in order to reduce and combine federal and state-level agencies.

The Reform Party expects and will demand only the highest ethical practices of our candidates and all elected officials.

The Reform Party will enforce fiscal responsibility and hold legislative and executive leaders accountable for it at our national, state and city levels.

The Reform Party will create and utilize a fair tax policy for both citizens and industry that will allow the country to grow and prosper.

The Reform Party will strengthen and encourage job creation and implement economic policies that hold our citizens' best interests in the highest priority, first and foremost.

The Reform Party seeks to find and maintain the balance between the United States' energy needs and independence versus the protection and preservation of our natural environment and public spaces.

The Reform Party will change healthcare policy in such a way to make it affordable for Americans by addressing all areas of cost increase rather than a simple focus on insurance costs.

The Reform Party will ensure equal access to all persons seeking to further their knowledge and will create accountability for individuals and institutions that provide education.

The Reform Party will build and enforce policies and programs that best guarantee the security of our national borders, the safety of our citizens from foreign and domestic threats, and the security of America's economic interests.

The Reform Party will build policies that respect the sovereignty of all nations, support our allies, and are fiscally responsible.

The Reform Party will enact sweeping changes to policing policies, the national court systems, the penal system, and community-based programs to bring justice back to the law, instead of favoring those in positions of power or the criminal element.

The Reform Party will uphold the principles established within the United States Constitution, the Bill of Rights, and the Declaration of Independence as our guiding principles for the rights of our citizens and for defining the scope of our Government.

The Reform Party takes NO STANCE as an organization on social issues such as pro-life/pro-choice and gay marriage. 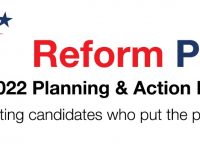 It is time to get ready for 2022, and start to move towards unseating Democrats and Republicans in elections across the country. Join us as Vice Chairman, Communications, Michael Hackmer, kicks off our 2022 planning and action meeting, reviews our new Member Only website and action plan, and then opens up the meeting for Q&A. 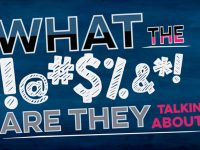 Reform Party Vice Chairman, Communications, Michael Hackmer, recently joined Jack Achenbach and Jennifer for their podcast, “What The !@#$%*! Are They Talking About.” Jack Achenbach is currently a candidate for the United States House of Representatives for Orlando, Florida District #10. Achenbach and his campaign manager, Jennifer, host an unscripted podcast for discussing the news

Reform Party National Convention will be held on Saturday, October 16, 2021 from 2:00 pm Eastern / 11:00 am Pacific to 4:00 pm Eastern / 1:00 pm Pacific. To register, click here. Each State Secretary or acting-Secretary needs to register and provide a list of delegates who will attend the convention. The list needs to
View All Posts