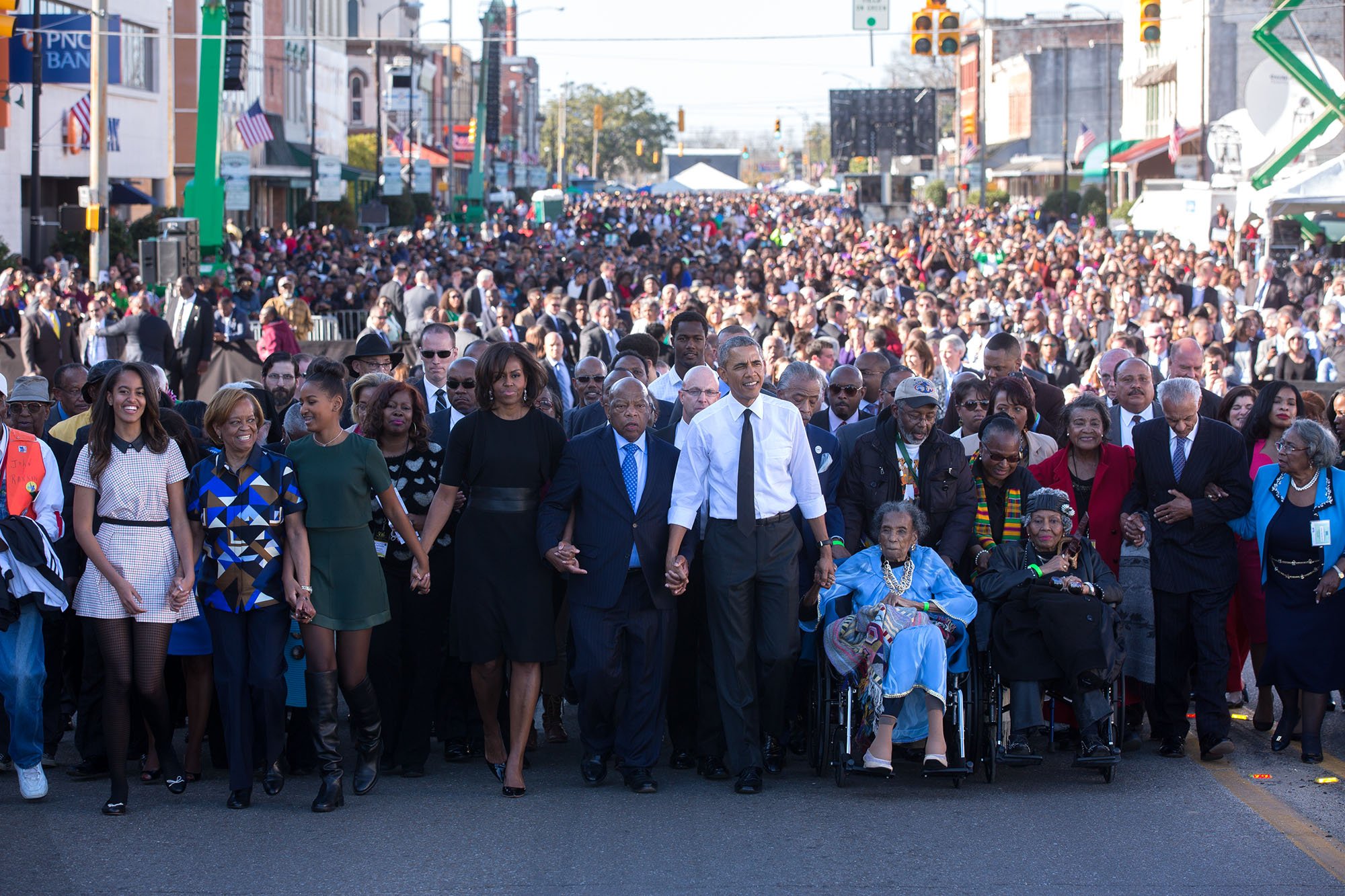 On Friday, Congressman John Lewis (D-GA), the son of Alabama sharecroppers who was one of the original 13 activists who participated in the Freedom Rides and an organizer of the March on Washington, passed away at the age of 80.

Lewis, considered to be one the most influential leaders of the civil rights movement from the 1960s to the present day, fought for change to secure greater civil rights for Black Americans.

During his 1963 speech at the National Mall in Washington, DC, Lewis said, “We are tired. We are tired of being beat by policemen. We are tired of seeing our people locked up in jail over and over again, and then you holler ‘Be patient.’ How long can we be patient? We want our freedom and we want it now.”

On March 7, 1965, Lewis and 600 people marched 54 miles from Selma, Alabama to Montgomery, Alabama to advocate for voting rights. In what became known as “Bloody Sunday,” Lewis and others were beaten by state troopers.

In 1981, Lewis became an elected official as a member of the Atlanta, Georgia City Council. In 1986, he ran and won a seat in Congress.

Congressman Lewis became the chairman of the House Ways and Means Committee’s oversight subpanel. By 1991, he was appointed by then-Speaker Tom Foley (D-WA) to the role of senior chief deputy whip.

In addition to the countless laws Lewis wrote and passed, he introduced a bill to establish the National Museum of African-American History and Culture, which President George W. Bush signed into law in 2003.

On February 15, 2011, President Barack Obama awarded Lewis with the Presidential Medal of Freedom.

Obama said at the ceremony, “[G]enerations from now, when parents teach their children what is meant by courage, the story of John Lewis will come to mind – an American who knew that change could not wait for some other person or some other time; whose life is a lesson in the fierce urgency of now.”

“The legacy of John Lewis is that of a freedom-fighter; a person who saw injustice and stepped forward to fix it. But he didn’t just wage big, visible battles in the fight for civil rights, he also worked tirelessly for all people who are marginalized and struggling,” said Reform Party chairman-elect, Nicholas Hensley. “John Lewis took action to bring people hope. And though his passing is a sad moment for our nation, we should be inspired by who he was and what he did and continue the fight to make America better.”

As part of our refection on the life of John Lewis and what he has meant to the United States, the Reform Party is calling on Alabama to change the name of “Edmund Pettus Bridge” to “John Robert Lewis Bridge.”

“Edmund Pettus was a Confederate officer, a supporter of slavery and secession, and a former Grand Dragon of the Alabama Ku Klux Klan,” noted Hensley. “It is time to change the name of this bridge to John Robert Lewis Bridge to honor a man who worked to bring people together and connect those who have been excluded from our society to our country.”

Now we have black and white elected officials working together. Today, we have gone beyond just passing laws. Now we have to create a sense that we are one community, one family. Really, we are the American family.