What’s all the buzz about American workers quitting the workspace? It’s more buzz than sting and yet there is evidence the American work force has shrunk.

While it’s called The Great Resignation today, the rate of workforce shrinkage has truthfully been increasing for almost two decades. It’s not a sudden event. The sky is not falling upon Chicken Little as so many fear. Trends in Labor Force Participation show a shrinkage of less than .16% year-over-year until the pandemic effected the work environment. There is no Great Resignation in America. At least, not yet.

The workforce economy is still recovering from the shuttering of small businesses but as the chart suggests, the number of people participating in the work force is down more than 1% overall.

Like most aggregate charts, it’s the details that tell us what we really want to know.

Where is the rate of shrinkage the greatest? In this second chart you can see leisure, hospitality, professional services, business services, trade and transportation lead the way in workforce shrinkage. Individually, they account for 6.4, 3.7, and 3.6 percent of workforce reduction.

Note the large gap that exists between the top three workforce market shrinkages and all others. Logic tells us those three areas will recover more slowly than the others. Logic also tells us that if our government employed fewer people, the average would have been much greater than three (3) percent.

By comparison, small business employees exceed the federal government by 600%!

The Reform Party of the United States supports the American worker whether they work for the American government or a small business across the country.

In the words of Ross Perot: “Most new jobs won’t come from our biggest employers. They will come from our smallest. We’ve got to do everything we can to make entrepreneurial dreams a reality.”

If you are able, please contribute your time or your money to the Reform Party. Not everyone can. So, if you can donate on behalf of others, please do. 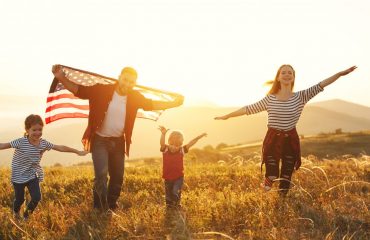